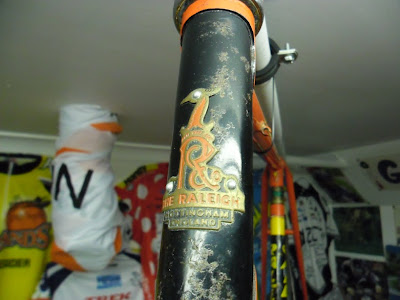 I've had my old friend Shorty's battered old 1978 Worksop-built TI Raleigh for some years now, stripped down and collecting cobwebs awaiting some kind of decision about what I might eventually do with it. 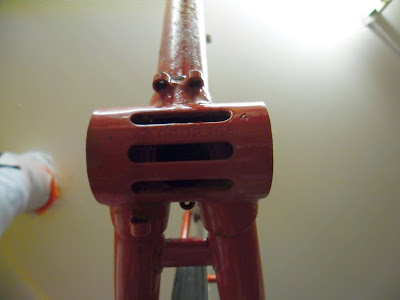 Not a phrase you hear much any more... 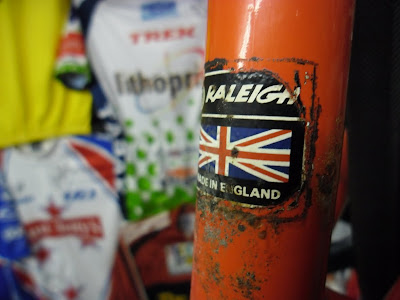 The removed parts included cracked Stronglight cranks, inoperatively corroded Universal brakes and an almost unrecogniseable Brooks saddle, albeit along with a inexplicably mint condition first generation 1977 Super Record rear derailleur that I've shown before. On reflection I figured the best idea was to hang some of my collection of not quite so battered old parts on it and display it as a mechanical restoration rather than a full one, à la the great Velosvintage blog. I also am not bothering to ensure the parts are all matching period correct, so no nitpicking please! 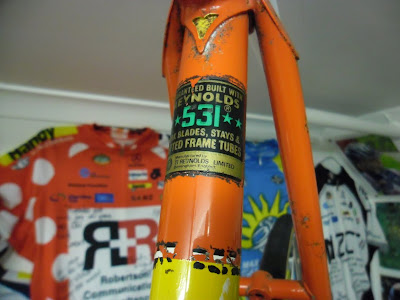 These beautiful if somewhat abused old Cobalto brakes were donated to the cause by my friend Chris. They were taken from his early 80s Eddy Merckx, of which more later. 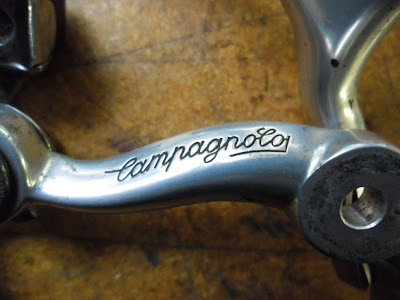 The Raleigh is built for old school nutted brake pivots, rather than the recessed brake de rigueur today. I used the front caliper on the rear and replaced the short rear bolt with a NOS Record centre pivot I had in my spares for the front. 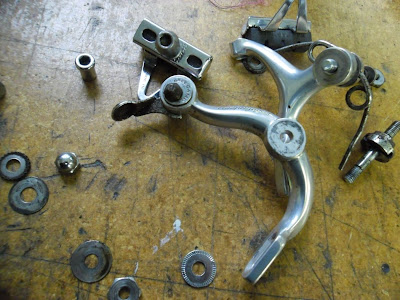 This '81 Nuovo Record derailleur is a good choice for this bike... 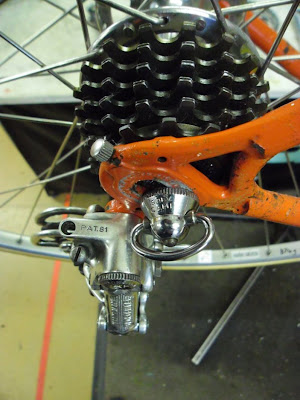 ...as it certainly wears it's fair share of old war wounds. 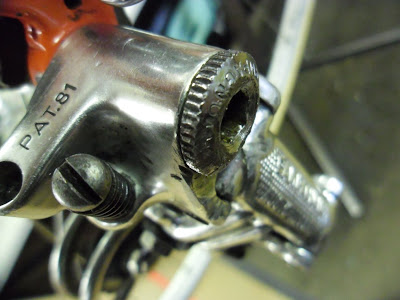 The front derailleur is also Nuovo Record, and an original part of Shorty's 1979 build. 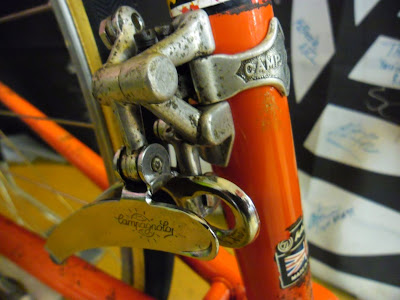 One of the gear levers had to be retrieved from my keyring. 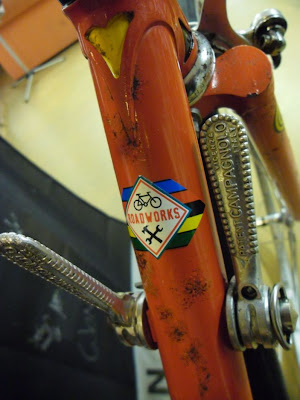 Sadly the Cobalto "jewels" are missing from the pivot bolts. 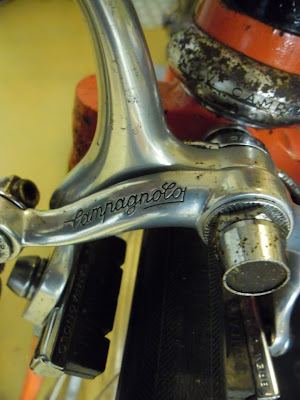 Amazingly I had a full set of good condition brake pads in their holders with built-in tyre guides. 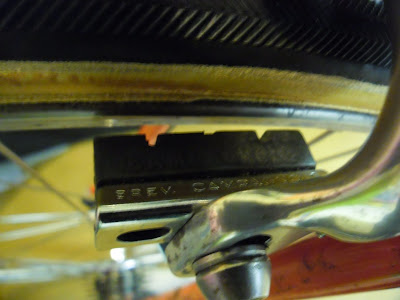 The brake lever hoods came off Chris's Merckx, but I already had some good levers to use. 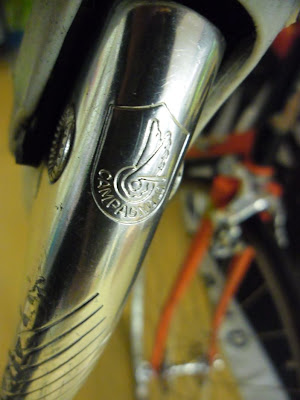 A Rolls Due saddle isn't as offensive to the eye as the leathery pancake it replaced, despite most likely being much less comfortable. 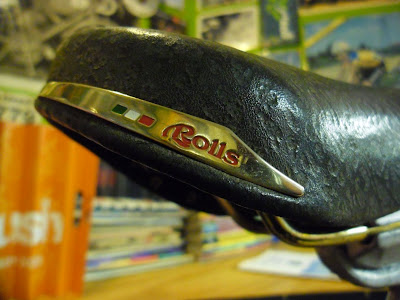 The wheels are the original Fiamme Hard Silvers... 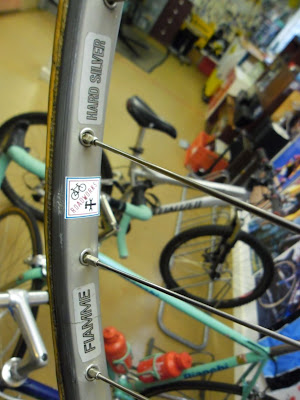 ...re-laced by me onto the also original, and truly beautiful, Record large flange hubs... 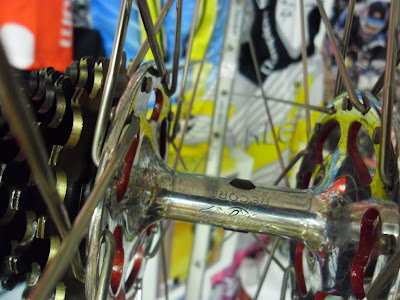 ...which use the sexiest quick release levers ever made. 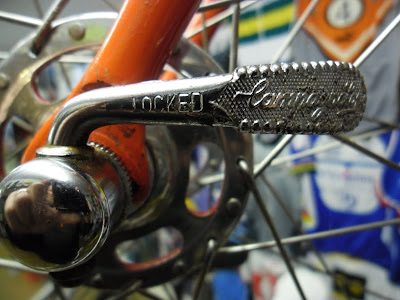 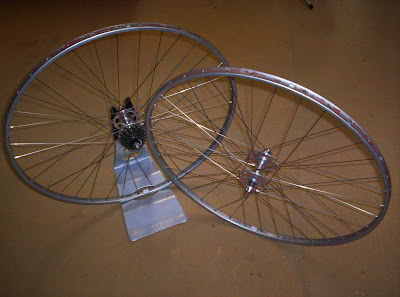 And as done as it gets for now. Updates probable. 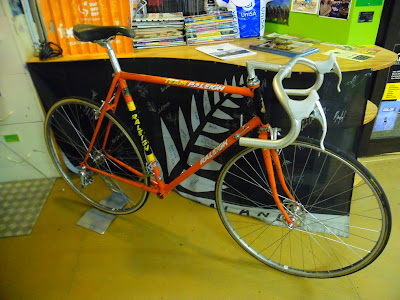