A Fool and the Lance Armstrong Lie

How do I feel?

Like everything I thought I knew about cycling has been turned inside-out.

Like I had a blind spot as big as the sun.

How did I idolise this fraud, this bully, this drug-enabling sociopathic creep?

How did I argue against all the evidence for so long?

These are questions I don't know if I will ever be able to answer to my own satisfaction, but in a post I did a couple of years back I argued strenuously that I believe in the presumption of innocence, and that until Lance Armstrong and his teammates were proven guilty I would continue to believe in them. The time has come to admit to myself (and anyone who may care what I think) that he and they have been proven guilty beyond any reasonable doubt.

And that I was wrong. So very wrong.

It's surprisingly difficult to let go of twenty years of being a huge fan, but the terrible preponderance of awful evidence has made it a lot easier to do so. Suffice it to say, my LA posters and memorabilia have been taken down and I will be very careful about choosing my heroes in future.

I'd like to say that I'm sorry to any who I have offended with my foolishness, especially someone who probably doesn't give a shit what I think; Mike Anderson, a good man who was traduced and trampled by Armstrong's vindictive desire to crush anyone who spoke out against him, but who has risen above the slander and lies to make a good life bettering cycling right here in Wellington, and who didn't deserve being doubted by someone who clearly didn't know a thing about what he went through.

Luckily when I ride my bike all such regrets and concerns evaporate in the fresh breeze of a Wellington spring day, and I hardly think about drugs at all... 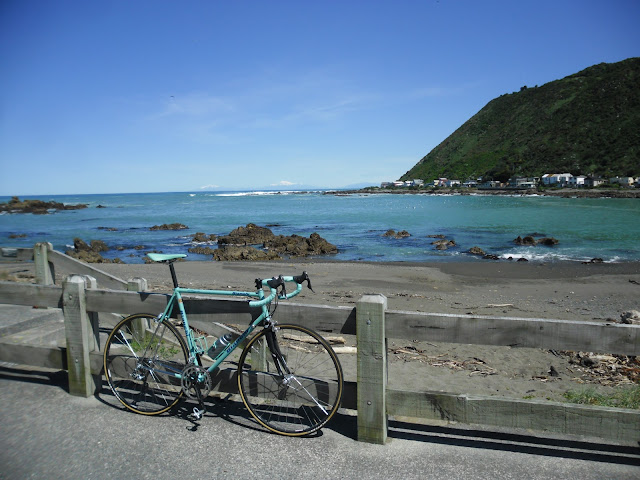 Thanks for reading, Oli
Posted by Oli at 6:57 PM 6 comments: