Clicking into the pedals and pushing off on the beginning of a ride is one of the very best feelings I know. In those early moments of easy pedaling before the realities of fitness and fatness rear their cruel and beastly heads I am young and fit still, at one with my bike as my body quickly assumes its long-accustomed place atop the saddle. Easily my legs turn over and spin me up to speed as I effortlessly turn into the main road, with nothing but the promise of freedom and fun ahead. I may not look graceful these days, but in those first moments I am still so at home on a bike I feel more than graceful, I feel like I was born to ride. I am carried down through the Bay as if my bicycle and I are one. 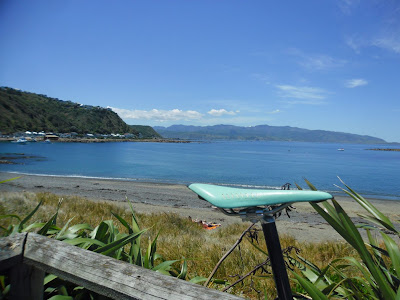 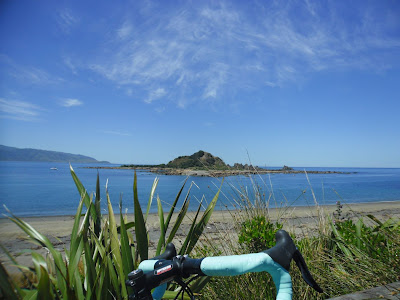 However it doesn't take long for the grim realities to bite, and just as I'm getting to grips with my physical failings and starting to drift away from oneness with my machine I'm passed as if I'm standing still by my young friend Connor, who greets me cheerily as he disappears up the road like it ain't no thang. Oddly, rather than discouraging me and adding to my feelings of inadequacy, this just helps me accept where I'm really at and I start to enjoy the ride for itself without trying to match myself to any sort of standard I simply can't meet. I manage to supress the creeping discomforts of my less than impressive condition and reconnect with my bike again. I push on under the bright and hollow sky... 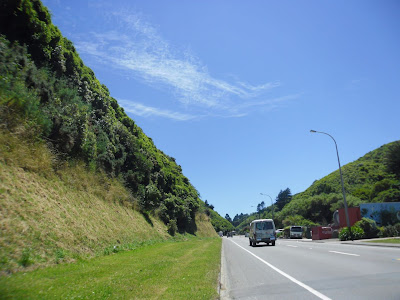 The finishline for the Wednesday Worlds arrives and I feel remarkably fresh still, despite attempting to push hard for the last kilometre or so of the climb known for some reason as Happy Valley. 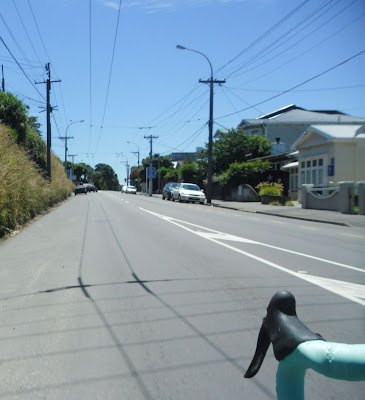 Time for a quick breather before commencing to carve the superb sweeping descent of Brooklyn Hill. Finally gravity is my friend. 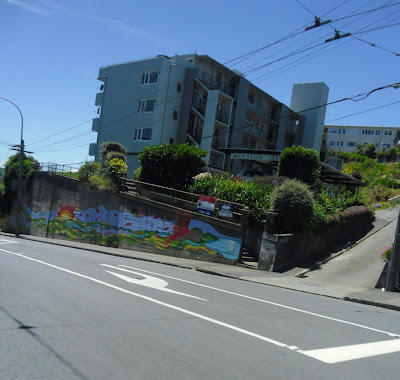 This is one of the freedoms that a bike can give - it's almost like you are being borne along without input, yet you are riding a razor-sharp line of control as your skinny tyres cling to the very limits of adhesion on the hot tar. The wind created by your own velocity carries all thought but pure instinct away. It's almost a Zen state, but then that passes as the descent ends and you try and savour the feelings of exhilaration that are over too quick as traffic lights and motor vehicles intrude once more. 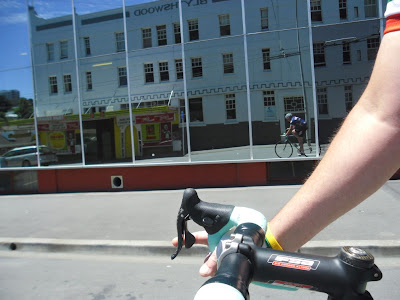 Hoping for empty streets through town, my hopes are dashed by hordes of rapacious Boxing Day shoppers swarming all over the town and straying into the road like particularly stupid sheep. Somehow I avoid several collisions with pedestrians and the cars disgorging them and make it safely through to clear space. 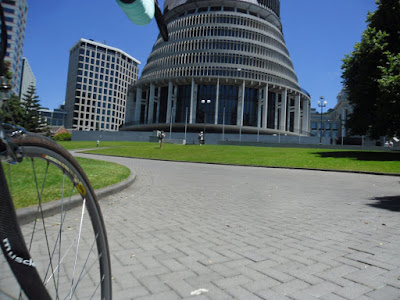 I ride through the city's backside... 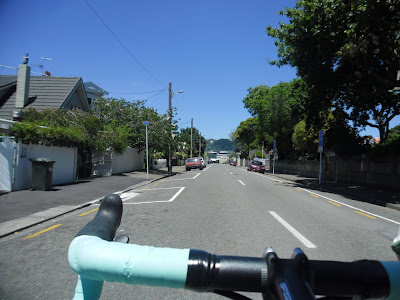 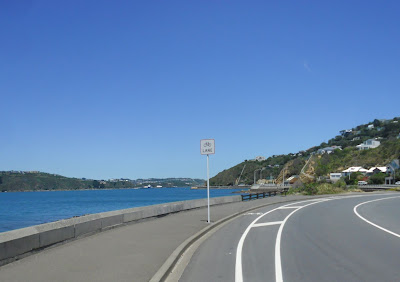 Many a training ride back in my youth would end up in a kind of impromptu race against the old Aranui or Aramoana ferries - if I could beat them to Point Hallswell I could be fairly sure of beating them to the Pass of Branda. Today, the timing was such that I rode through Shelly Bay as the Aratere was cutting its way towards Hallswell. Almost before I realised I was doing so, I put my head down and flailed away at my big gears, succeeding in making that first crucial objective... 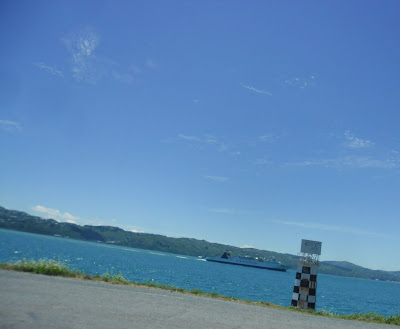 Another one of cycling's great freedoms is that of hitting that ideal compromise between going as hard as you can and blowing to pieces. It's another razor-thin line to ride, and such a great feeling when you are railing it. It's partly the endorphins that make it feel this way, but it's also the heightened awareness of ones own physicality on the cusp of its limits. I realised at this point that the effort probably wasn't going to pay off, but I was along for the ride now so I thought I'd see it through. 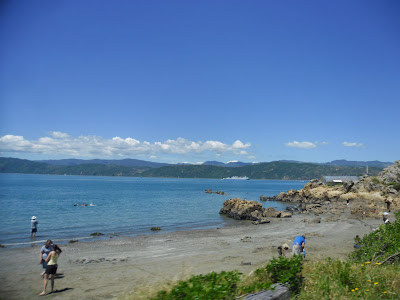 As it became apparent that my legs weren't a match for my imagination I gave way to the inevitable and blew to bits as I climbed the Pass of Branda, struggling over the summit of this tiny pimple as if it was the Col du Galibier and I was behind the gruppeto in danger of missing the time cut. Needless to say the ferry won this round, but I was happy to have at least felt I'd put a good effort in. 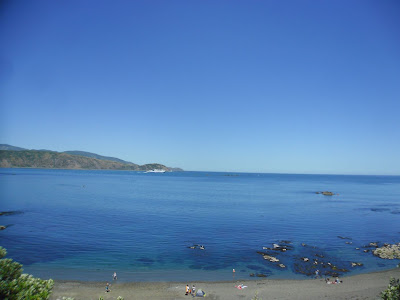 With the afterjets turned off it was time to glide. 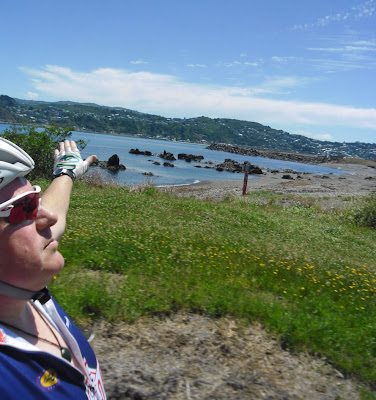 Over Sean Yates, with happy memories of trying to half-wheel Henry and being owned every time. 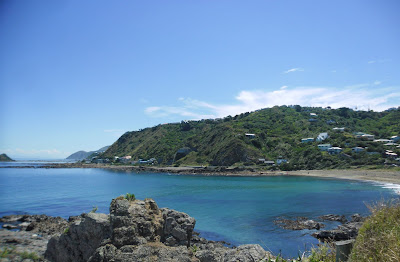 The Inter-Giro line, and not long till the finish. 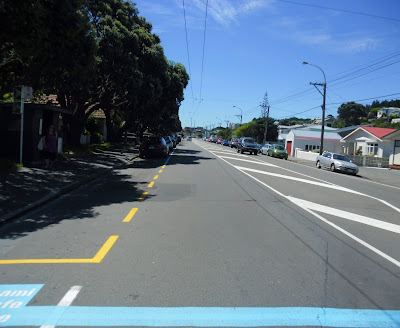 There has always been something that I need and crave in cycling, something inherent in the spinning of the wheels and the very motion of the machine. 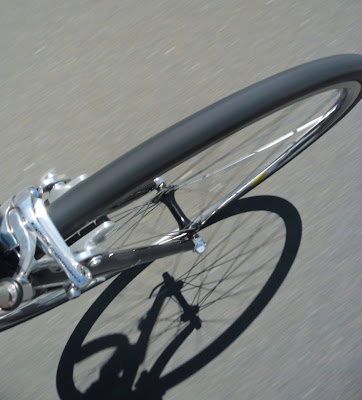 It's a need I've found really difficult to fulfill lately, but one that was fully sated today; instead of feeling like an unwilling passenger on some sort of slave galley of suffering, for a couple of hours I felt like me and my bicycle were one again. It felt mighty fine.

Cheers to Iggy Pop for the theme music to today's ride...
Posted by Oli at 6:08 PM

Nice one Oli - that feeling is what it's all about, and it is indeed mighty fine.

Great post Oli. You passed me as I was showing my parents the sights of Wellington. How I wanted to be on a bike instead...!

That's a fantastic post. Honest, and insightful. Thanks for bringing it to us, and reminding us all of what its about.