What a week! Mad busy from beginning to end with a few nights burning the midnight oil and imbibing Cuban rum (thanks Fraser!) just to keep on top of things...Lots of fun fruit to work on to make it all worthwhile though. I had to fettle this beautiful custom steel Soulcraft that I built a few years ago, giving it a bit of a birthday with new Columbus Muscle forks and Record chainrings along with a tickle up. This lovely bike belongs to Karl, my old DS on the Wholly Bagels team. 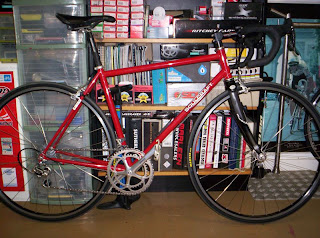 Then I had to replace the front derailleur on Nic's Specialized Transition, as well as try to sort some shifting issues. 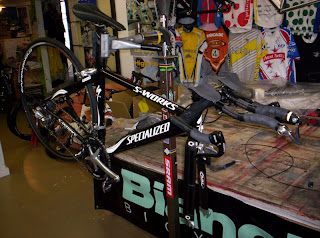 I also got to build up this cool Commencal Meta 4.1 for my man Paul Larkin. This bike came from Commencal/Fox/Troy Lee (among other cool products) wholesaler Blue Shark down in Wanaka - thanks Al and Rick! I have to say the pre-assembly is the best I've ever encountered. All I really had to do was bolt on the bars, swap over the brake levers, fit the front rotor, put the front wheel in and chuck on some pedals and she was done! The photo doesn't do justice to the stunning pearlescent white paintjob... 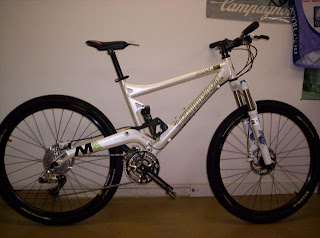 The last wee job I had to do was build up John Randal's Raleigh XXIX singlespeed 29er. A cool rig for him to add to his growing quiver! 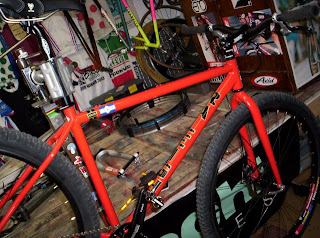 Next project is to build up this wicked Chumba XCL for Bike Fixation to show as a demo bike. Hopefully I'll get to that over the weekend, so long as my kids don't kill me first! 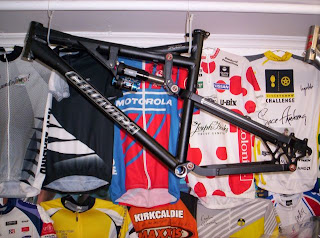 Lastly, I have blatantly ripped this picture off the PNP website...Congratulations once more to World Champion and bronze medallist Garry Humpherson. 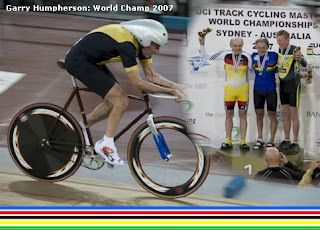