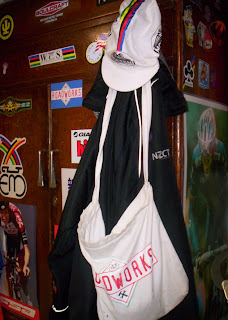 New Years Day was spent in the traditional way, relaxing on the beach with my family, feasting on delectable morsels, quaffing the finest champagne and lazing in the blazing sun. The day after was time to kick the metabolism back into action with a well-earned couple of hours in the saddle. I set off in the sunny and warm but blustery day, following my front wheel through the city. For no real reason I found myself riding up Hobson Street to Katherine Mansfield Park, scene of some of the early imaginary race conquests of my youth. 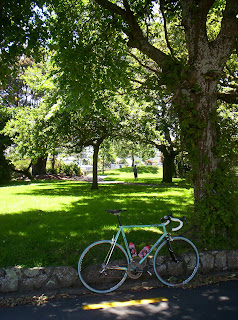 The bike may be green(ish) but that's the only passing similarity to the Raleigh Arena that carried me to all those pretend Classics and Giro successes. (In the small ring? That Hobson Street must be a tougher climb than I realised...) 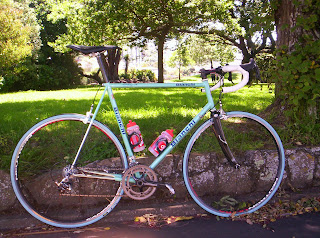 It's always fun to roll through the the deserted city streets when the automobiles are away on summer hols. 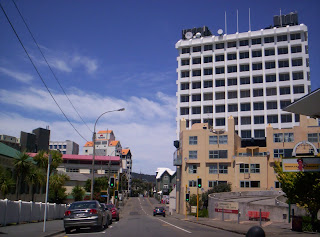 Eerie. I wish the shot of Featherston Street I thought I had taken turned out - all green lights and not a car to be seen. Urban cycling bliss. 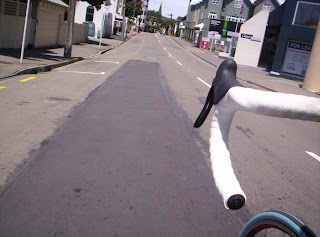 Here's one for the ladies. 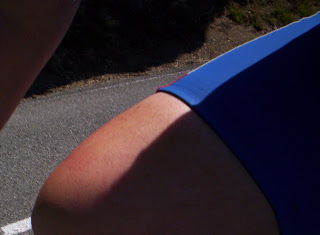 Once I recovered sufficiently from my narcissistic self-examination, I set off through Oriental Bay at a safe speed for avoiding all the u-turners, bikini-clad road obstacles, random scooterers and oily muscleheads then, once the road was clear, flew with the powerful tailwind as far as Evans Bay. The headwind involved not so much flying as I tacked and yawed into the norwester to Point Hallswell. Yes, when I took this shot I was actually cycling in the sea. 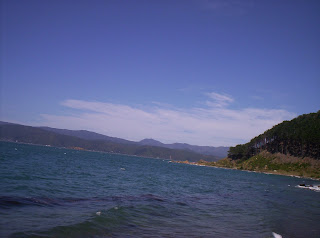 Once past the coconut tanning oil scented chaos of Scorching Bay I hit Seatoun, then turned hard right to head up a climb that for a select few has always been known as Alpe d'Huez. Here's an arty shot of one of the fabled 21 (ok, 6 then) hairpin turns of Wellington's own version of the Mythical Mountain. 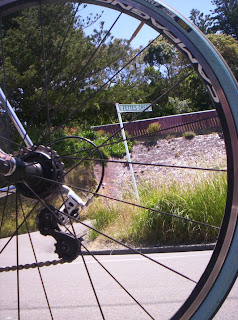 The views keep opening up as you ascend. 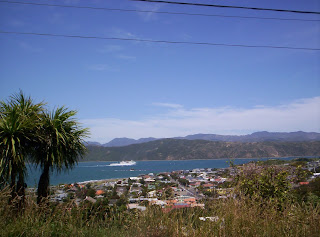 Despite my largeness-induced climbing difficulties, this is actually a pretty relaxing ascent on the whole. 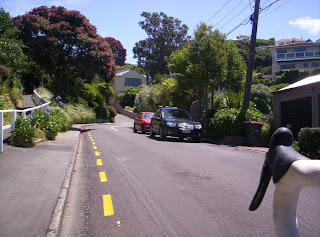 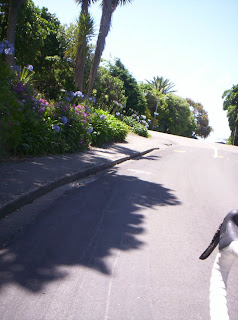 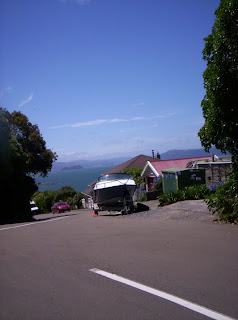 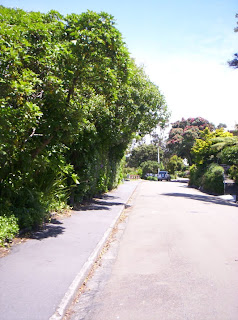 After a short descent I stopped briefly at Newport Terrace to drink in the beautiful vista.

Many, many years ago this corner was one of the regrouping points for a great bunch of friends who would spend whole summer days riding endless loops around this city...I think of Henry, Andy, Chris, David and Allen in particular. 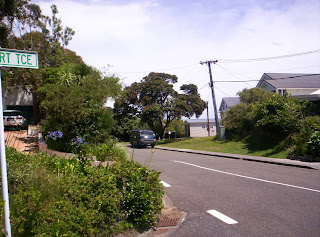 A fun but too short downhill to and including Awa Road, then it was up the gentle climb of Townsend Road (note the nonchalant expression as I breathe through my nose, almost suffocating in the process)... 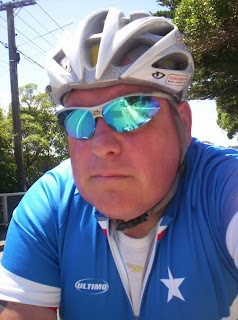 ...and back to Seatoun Heights Road, in time for the neat run back down the winding switchbacks of l'Alpe to Seatoun Beach. 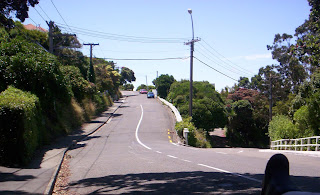 I then punched back into the wind around Coconut Grove, before having a beast run downwind through Shelly Bay which culminated in the first 53x12 sprint I've inflicted upon myself in a loooong time. I felt great and was able to outsprint myself convincingly, although the bile that rose in my throat after it was over was much harder to defeat. Home along Cobham Drive and the shortcut over Constable Street for what had been a very cool two hour ride to see in 2011... 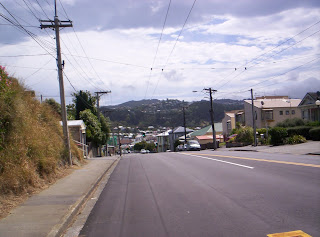 I wish you all a Happy and Prosperous New Year, filled with love and laughter. Also, get a ride or two in, will ya? Cheers, Oli
Posted by Oli at 7:46 PM

Aewsome ride bro! And some evocative reporting! May 2011 be filled with many of these (for your and our benefit!)